This tookplace on Friday 26th October with both year 4 classes. Everyone took part which meant 59 pupils in total. We used the school games aqua kids festival and gala formats.

On Wednesday 17 th October our pupils from years 3 and 4 took part in this event. Each class had their own inter house competition and all the results were added up to give an overall score. Altogether there were 30 different matches and 148 pupils taking part.

We used the quick sticks school Games Competition model and each game was split into 3 thirds. Teams of four a side and swap over every third. Most teams had between 6 and 8 players so this worked really well.

The overall winners were Buckingham with 36 points, followed closely by Balmoral and Windsor both with 34 and finally Sandringham with 27.

Wow, what an amazing day and incredibly achievement, over 500 pupils running, jogging and walking a mile for a fantastic cause and charity. Everyone received a medal 🥇 after crossing the finishing line and the whole day was absolutely amazing. Staff and children were brilliant and all loved the vibe that was buzzing around School. We managed to raise £1,780 for Cancer Research and I believe money is still coming in. 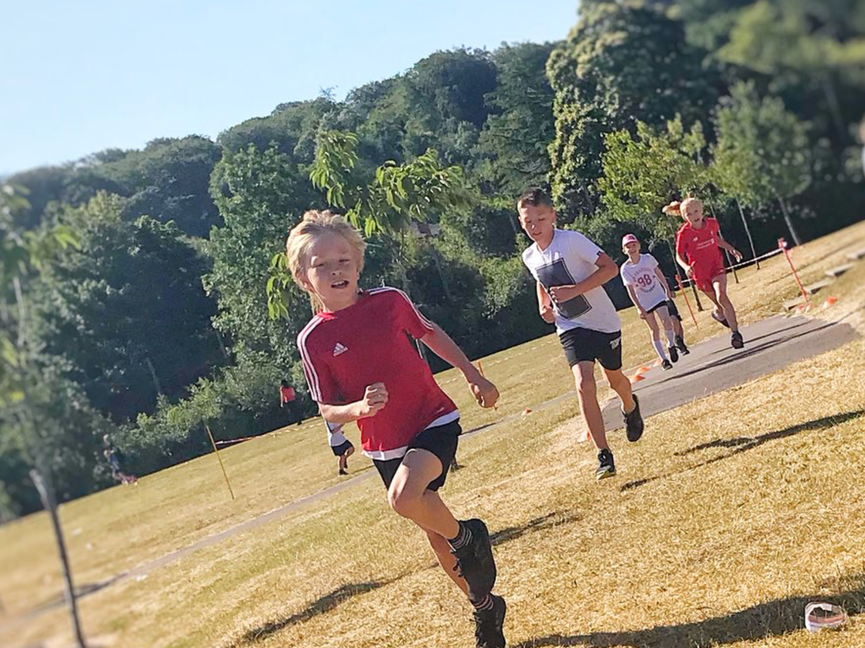 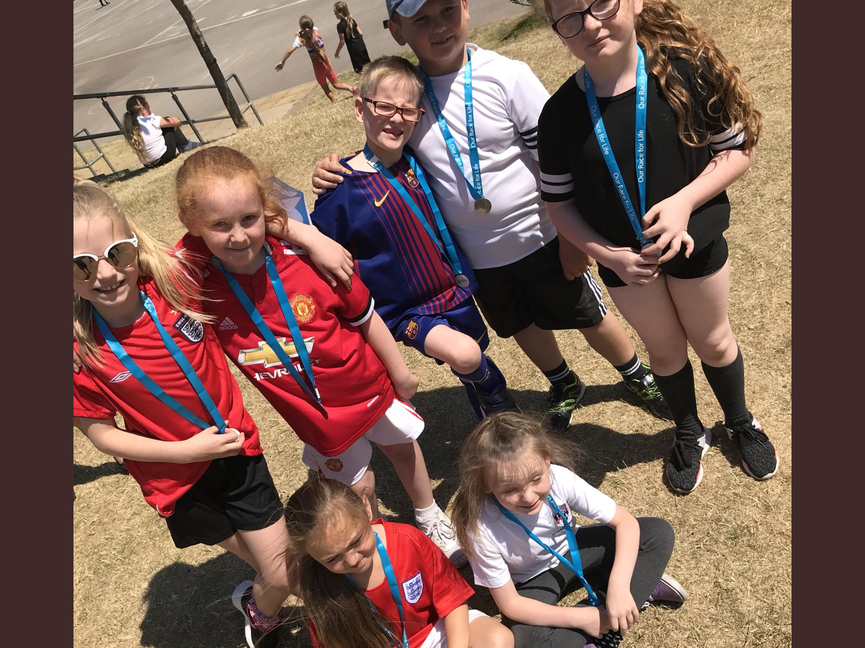 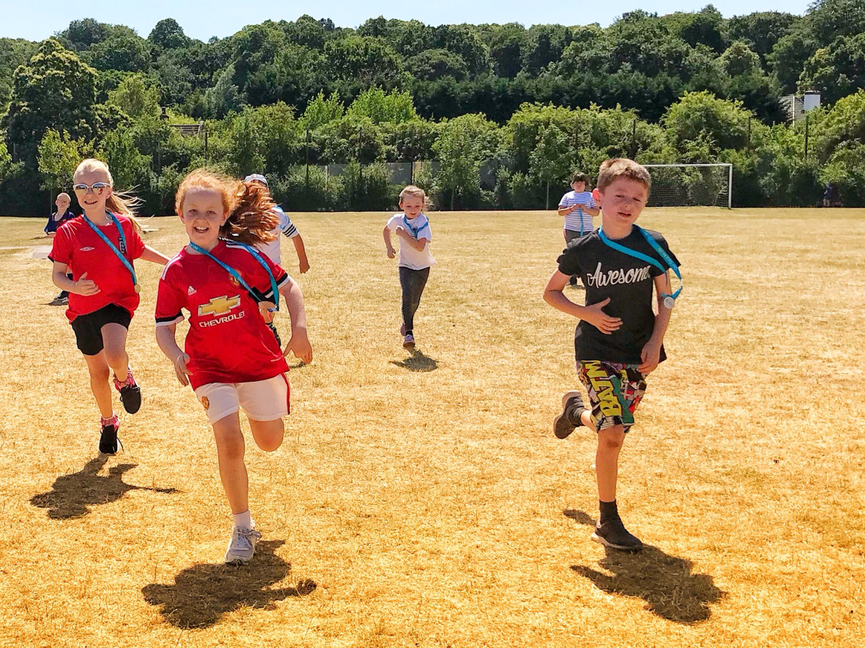 Another amazing gala with 34 children Involved from years 3 to 6. It was a great atmosphere and incredibly closely fought. But in the end Buckingham just sneaked a win. Congratulations to everyone that took part. 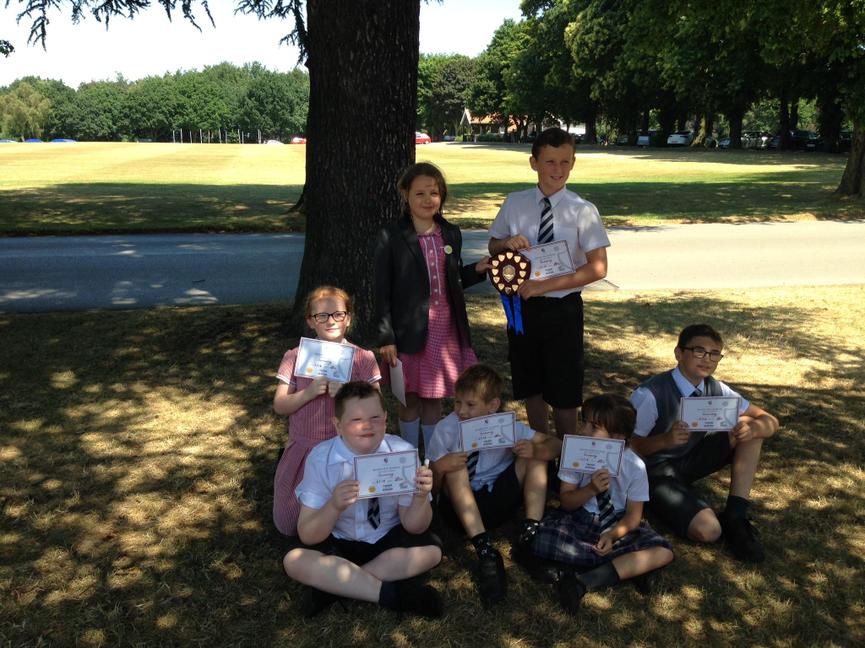 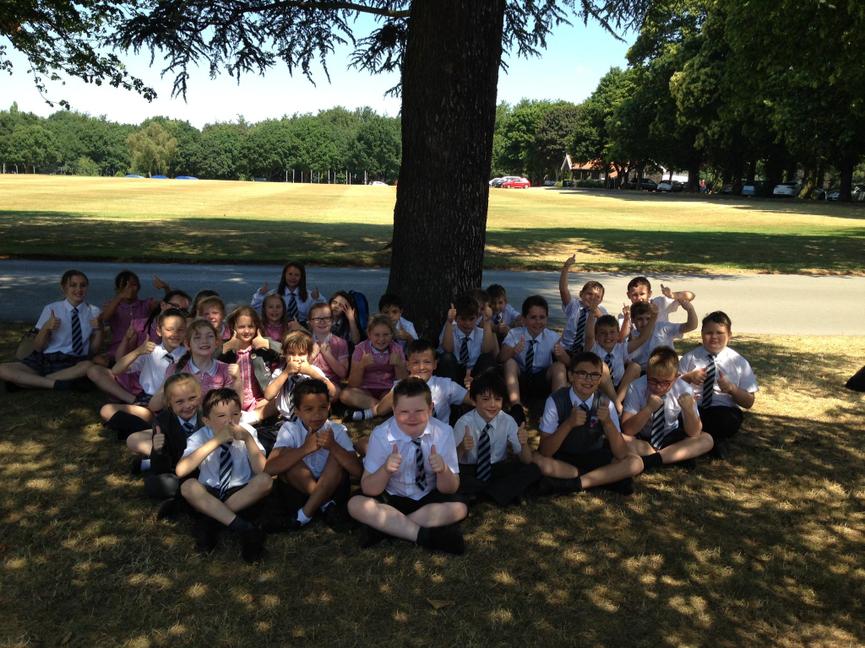 Another really good event, this year because our numbers are lower in year 5and6 we decided to o Lyndsey have 1 Lane per house. This worked really well and everyone that wanted to race and take part did.

The winners this year with an amazing 625 points were Windsor House. Well done to everyone that took part and a big thank you to all of the sports leaders and sports ambassadors for their help today. Without them we really would have struggled.

Thus was a fantastic event , everything just went so well, the children loved it, they sang, cheered and showed all the values of School games. Respect, self-belief, determination,honesty, passion and teamwork.

The overall winners this year were Sandringham House, well done 👍

Another great sports day with every child from Keystage 1 taking part. The winners of this years event were Windsor House.

Mrs Davies and the sports crew organised and ran this event today. Each team consisted of 3 players and everyone got to play against each other, the overall winners were Balmoral House. They are pictured below with their sports captain.

Thus year we decided to hold the interhouse football after school and it proved to be a big success. Windsor House decided that they had so many people wanting to play it would be better to create two teams.

All the other houses only had one team. The rules were 7 a side with 5 minutes each way, everyone had to have equal pitch time no matter what their ability. As you can see from the table below the overall winners were Windsor House.

On Friday 16 th March our school sports crew organised this event. The house sports captains and  leaders asked all pupils in years 5/6 if they would like to participate and constantly reminded them to bring their sports kit in to school on the day.

Mr Makeman and Mrs Paton helped to referee and work out the order of the matches.

It was decided to use School Games rules which means 2 girls on court at all times and everyone gets to play in every game. The overall winners were Balmoral and a huge congratulations to all of their team.

Today we held our first Intra school event of the year. The British Triathlon Trust came to our school for  the day and they brought with them 40 static bikes 🚴 Some  amazing staff and they created a short running track too. 🏃

Each year group competed against each other. They all had 45 minute slots and within those slots they had to travel around 3 sections. Cycling, running and resting. Each station lasted 2 minutes and they kept changing and moving round for the full 45 minutes. Everyone took part and even the teachers had their own station of bikes.

The bikes had special devices on them that counted how many km had been accumulated per year group. The running was also being counted and at the end of each year groups session both the running and cycling were added together to see what their total was.

At the end of the day we added all the totals and found out that we had travelled to space 🚀 and back again.An amazing effort by everyone. Over 400 pupils took part and the whole day was an amazing success. Just goes to show that #Teamworkmakesthedreamwork 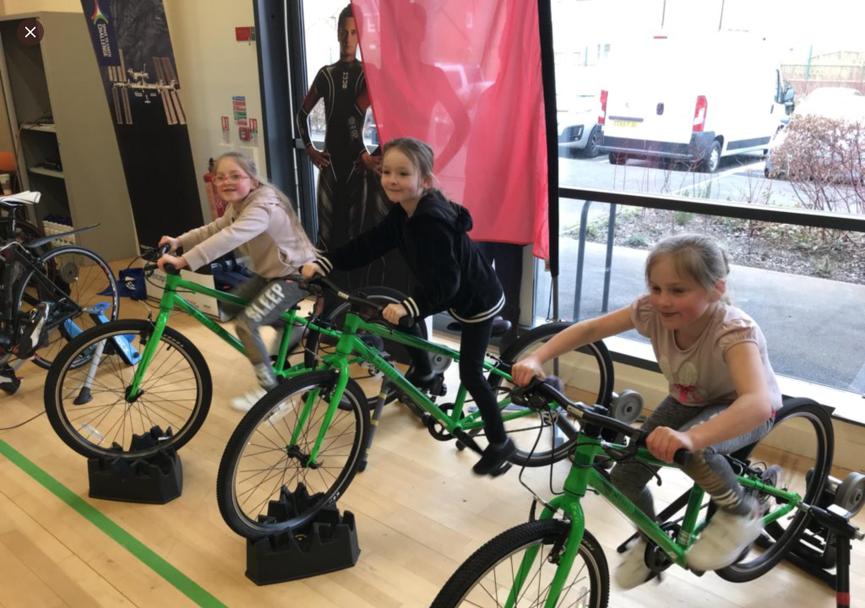 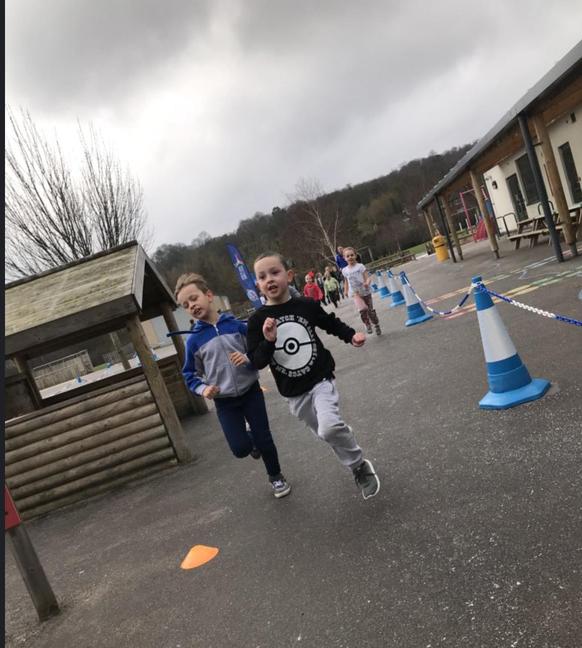 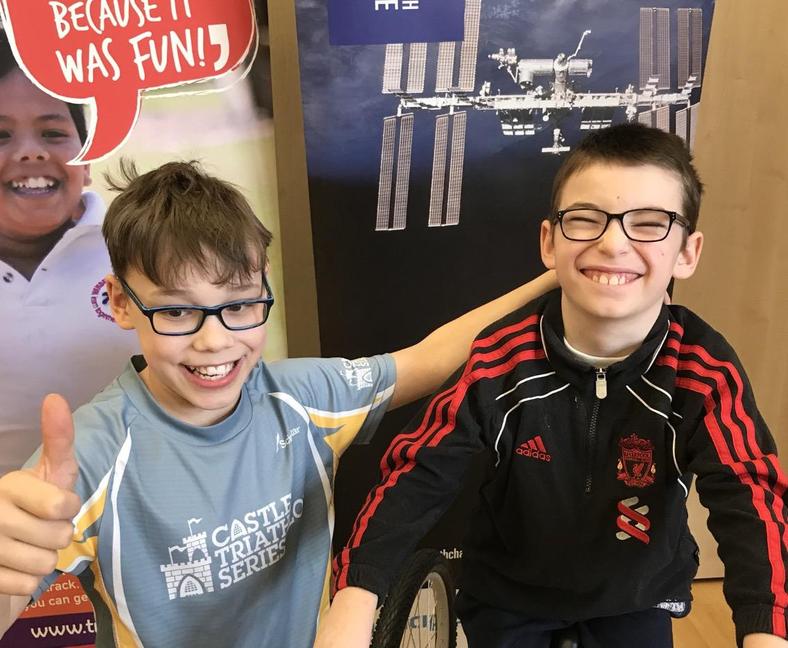 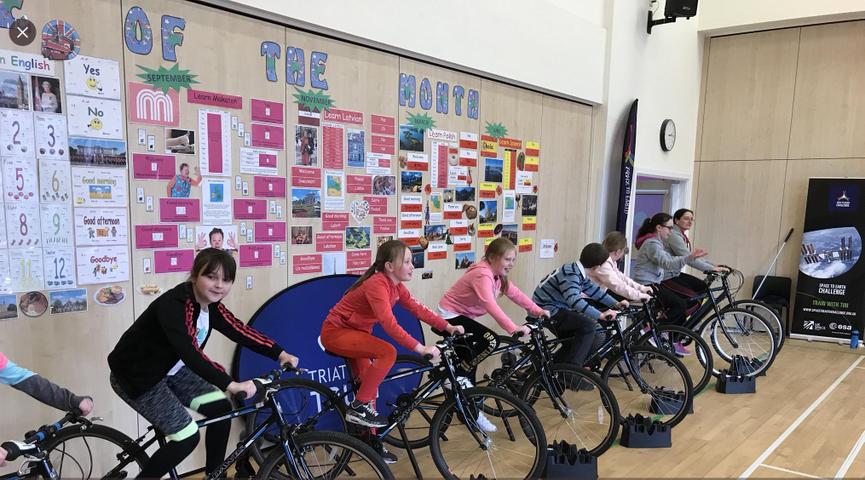 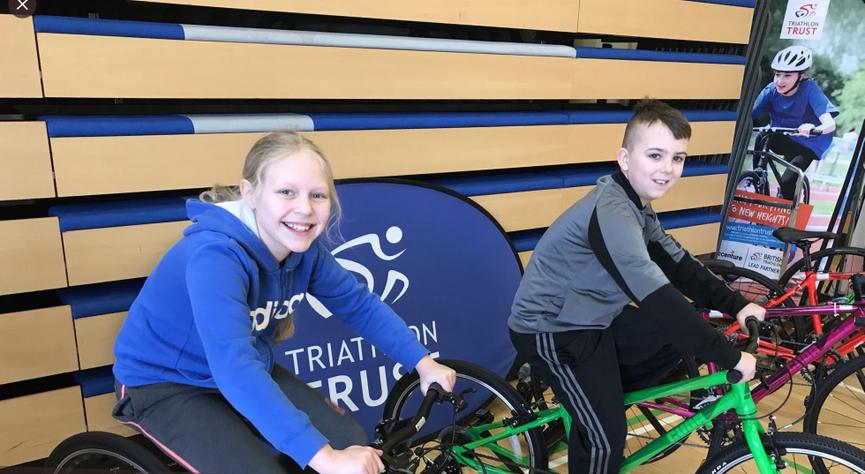 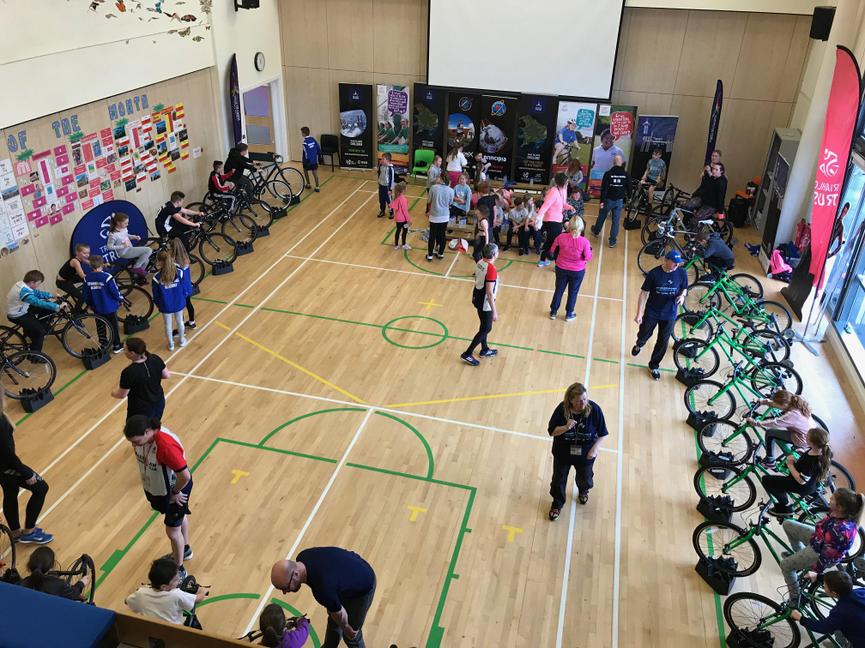 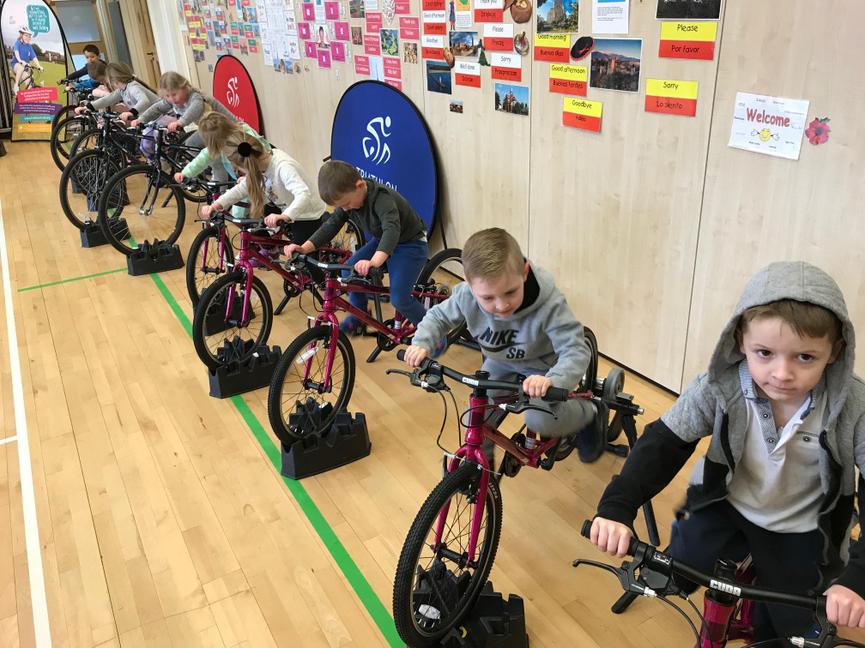 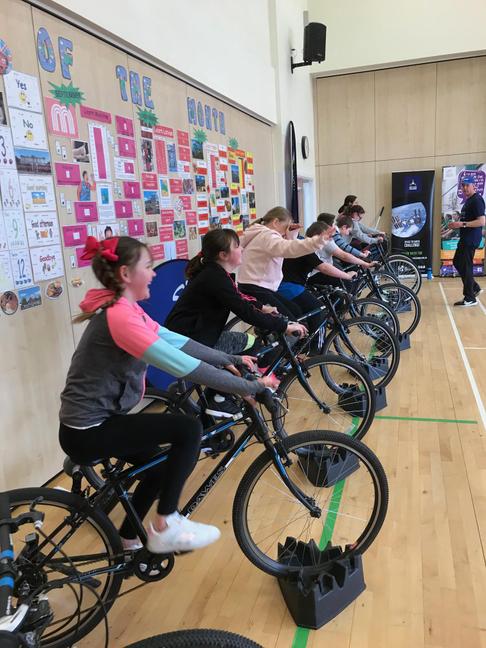 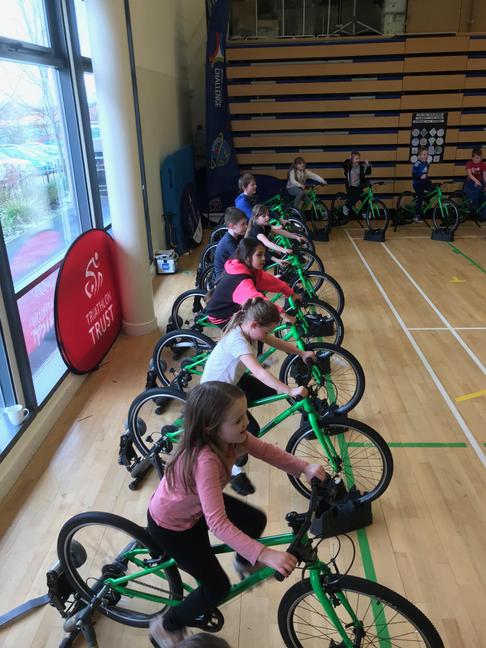