All the pupils managed to run the course which was very muddy, slippy, bumpy and wet. We all got very dirty but absolutely loved every minute of it and lots of happy smiling faces on the finishing line too.

What a fantastic morning with these 13 pupils who were super organised and showed true teamwork and determination. They played 7 matches in total, Won 5 Draw 1 Lost 1. They came 2nd Overall and should be very proud of themselves.

This was held at Outwood Valley and this year we entered one team which consisted of 6 Boys  and 6 Girls.

Each pupil had to take part in 3 field events and 2 track events. The field events took place first and by the end we were in 4th place. Then in the track we did incredibly well and got into 3rd place, however a messy baton change in the boys relay race cost us dearly and we dropped points. That meant we ended up in 4th place and annoyingly only 1 point behind 3rd place.

Everyone of the team did their absolute best and thoroughly enjoyed the experience.

Today we took 6 boys and 6 girls to take part in this event which was held at Ranby House School. The course was much shorter than previous years by about half kilometre. 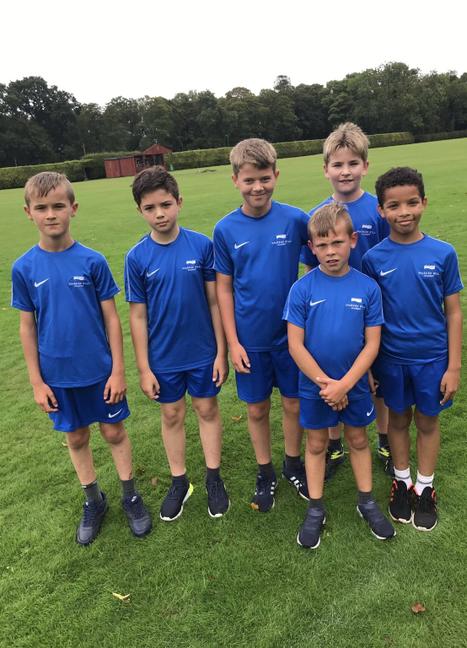 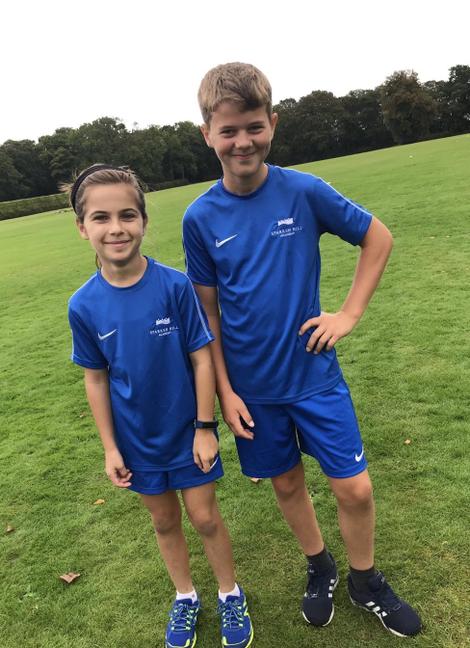 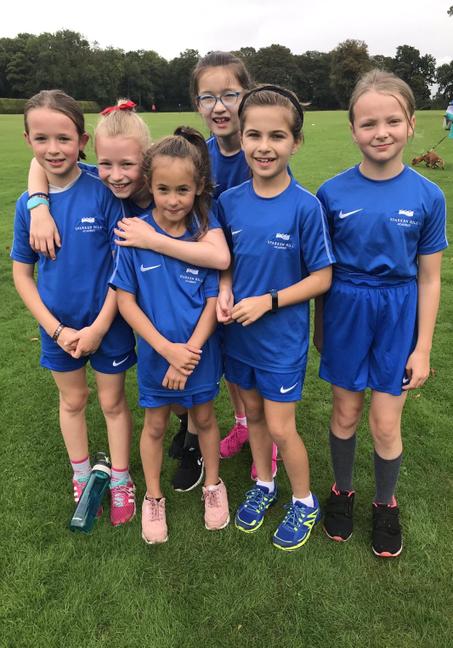 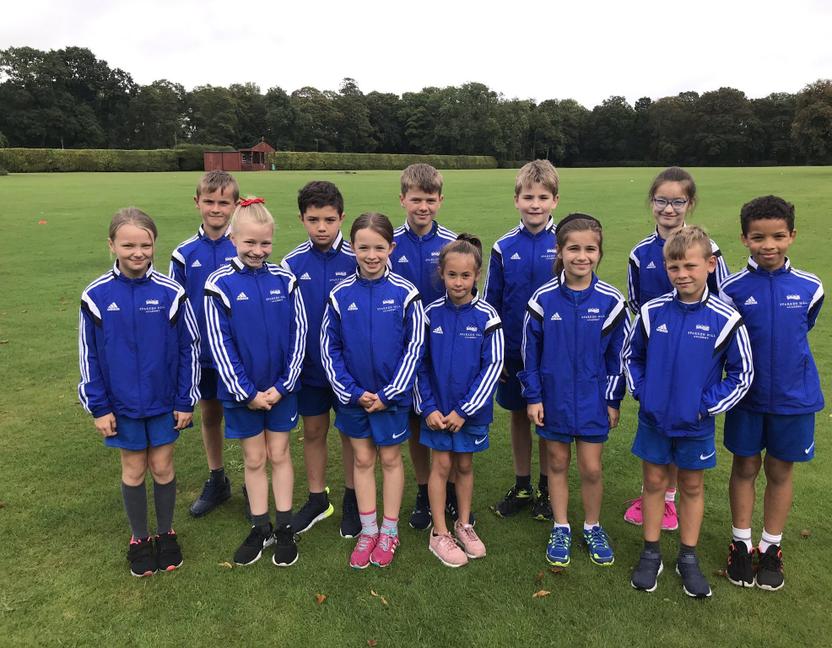 Today we entered one team into this new school games competition which was hosted by Oaks PE dept.

Each team consisted of 10 players, 5 girls and 5 boys. The Girls play in the first half and the Boys in the second.

In total we played 7 matches. We won 4 out of 5 in the first round which meant we qualified for the finals. However we lost 8-5 against Norbridge and 11-5 against Ramsden which meant we ended up coming in 3rd place overall.

A total of 70 goals were scored by our team and we had 40 goals scored against us.

An amazing performance by the whole squad and we are proud of every single one of you for representing school today.

Today we took 87 pupils from year 3 to take part in this event. We left school at 9.00 am and arrived at Sherwood Pines with plenty of time to warm up. There were 8 members of staff running with the children and within a few minutes of the start clear groups had formed. Everyone completed the 3km course and after receiving their medals there were lots of happy, smiling and exhausted children. Well done everyone a great team effort.

This year we entered two teams into this event which was held at Retford Tennis Club.

Each team consisted of 2 Boys and 2 Girls seeded 1 and 2.

13 teams entered altogether so they were split into two pools. Everyone played everyone and the points were added up.

Our Red Team were overall winners and our Blue  Team came 7th place.

Well done to all that represented our school and thank you to Vincent McGrath for his excellent coaching.

This year we were only allowed to take 6 teams to this event. Each team consists of 2 people and they have 20 minutes to try to get to every single point on the map and get back to the start before the time is up.

The winning team are normally the tram that get all 20 points and in a really quick time.

Our best result of the day was 9th place.

This year we entered 2 teams into the Bassetlaw Schools Competition held at Retford Oaks.

Each team consists of 4 boys and 4 girls and they all have to compete in 4 events. 75m sprint, standing long jump, 400m run and howler throw. Our pupils were superb ambassadors for our school and we are all incredibly proud of them.

Tonight we played a friendly game V Clarborough to give Boys that train every week but who haven’t yet represented school an opportunity to do so. They loved every minute of it and although they lost quite heavily they didn’t give up and still came off the pitch smiling. Well done Boys, we are really proud of you all.

Today our B team played a match against Clarborough school. It was a well fought game and our girls that don’t normally get to play had the opportunity to wear the school kit and represent school for the first time. Well done to all 9 girls from years 4,5 and 6. Super proud of you all.

Today our Girls team had a really great football match against Redlands school in the champions of champions league finals. Both teams played some excellent football. Amelia was amazing on the right wing combining well with Alicia in defence and Miley up front. We had so much possession but just couldn’t score. In fact it was Redlands that took the lead after a long ball over our defence and Chloe had no chance to save in goal. Half time was 1-0, however after the break Redlands scored again and seemed a lot stronger. We gambled and pushed Alisha up the pitch and it paid off after she scored. We had more chances but the Redlands keeper was to good. Final score was 2-1 to Redlands. A great game and good advert for girls football. #TeamWorkMakesTheDreamWork

Today we took two teams to this competition at Retford Oaks. We have been practising all year with Mrs Davies and today it showed. We played really well and one of our teams didn’t lose a single game and are now through to the next round. The other team came third place. We are all so proud of everyone that took part. Well done Boccia Team. #TeamWorkMakesTheDreamWork

Today we took one team to this competition at Retford Oaks Academy. This year the rules have changed a bit and like Handball the girls played the first half and the boys played the 2nd half.

Our team did really well and enjoyed the experience and the competition. Altogether there were 7 schools that entered and we came in 4th place. Well done to all our pupils that took part #TeamWorkMakesTheDreamWork

On Thursday we took a team to compete in this competition. It was a really high standard and all of our pupils showed true determination and resilience throughout the day. We played 7 matches each lasting 10 mi utes. The 5 Girls played the first half and the 5 Boys played the second half. The scores were added together for the final result.

The Girls played 7 games each and majority of the games were 6 or 7 a side. This meant everyone got to play in every game. As it was a festival and not a competition there were no winners or losers. All the Girls  were told to have fun, make friends and play football.That is exactly what our girls did. 👍

Today we took 30 children from year 3 and 4 to take part in this event which was organised by Tim Lewis from WRFC and Michala our SGO. Students from Retford Oaks and North Notts also came along to help out.

The children were split into groups and then they carouseled around all the activities which were rugby skill based. 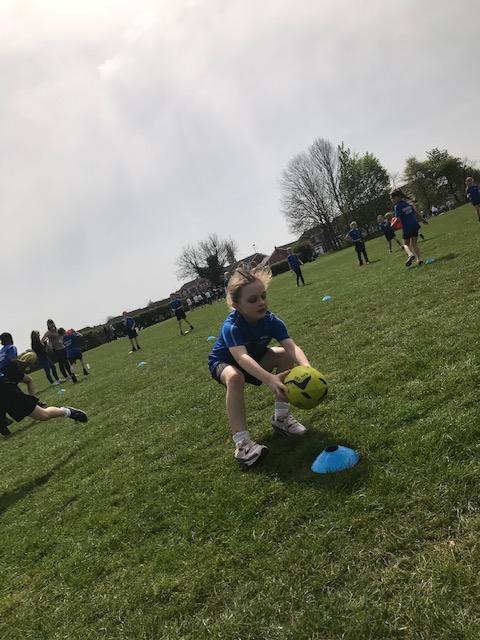 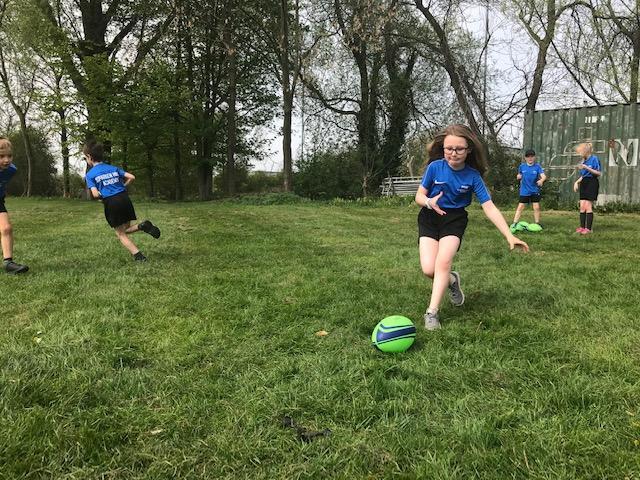 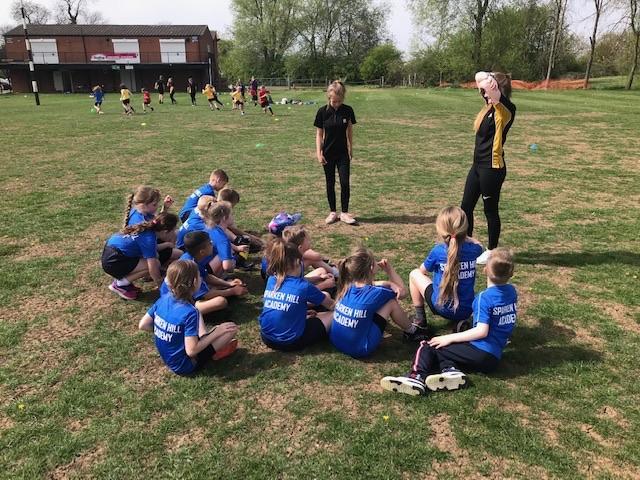 Once again we hosted this competition and this year 8 teams entered. Each team played 7 matches with each match lasting 4 minutes.

We entered 3 teams this year and they all did incredibly well. Our red team Won 5 and lost 2 matches andcame 3rd place overall.

Take a look at all the photos below.

The Girls team played 3 matches this afternoon all of them were well contested and played with teamwork, respect and the girls improved every game.

We had 3 girls playing for the first time and they all showed excellent skills and are learning the game.

The first game V Prospect we played well but chased the ball a bit and didn’t really play like we can. We lost 2 - 0 but didn’t give up and showed resilience.

The second game V Carr Hill was a bit more evenly contested. We took the lead with Darcy Fox scoring in her first ever match for school. They equalised and then went ahead but with 2 minutes to go Bella Hothersall scored to bring it back to 2-2. That was the final score too.

In our final game against Norbridge we really struggled but still didn’t give up and showed pure determination and perseverance in the true spirit of gameship.We lost 2-0 but the score doesn’t reflect at all on the Girls effort and performance.

Today our school dance club went off to Notts glam for the regional finals of this competition. They have been rehearsing their routine for the last month or so after qualifying for the finals.

On Wednesday 13 th Feb we went to Retford Oaks with 6 other schools to take part in this event.

To start with we did 6 different skills sessions which related to Dodge Ball , these included, blocking, shooting, target throwing, dodging.

After all these sessions we then played some friendly games versus the other schools.

On Wednesday we took 14 children from KS1 to this festival. The idea was to be very inclusive and allow children to have a go at  a variety of different activities. They played curling, sitting volleyball, table top batting games to name a few. The event was a great success and our pupils loved it.