We are currently in Division Five along with Sir Edmund Hillary, Prospect and Redlands. Every team has to play each other home and away during the season.

The girls played their first league match away at Redlands school.We knew it was going to be a tough game as Redlands were last years champions and were a very strong team.

In the  first half we conceded 5 goals and didn't have much of the ball at all.

In the second half Chelsea Bailey dropped back to be centre back and Maisie Wallis pushed into midfield.This made a big difference and we started to have more possession and a lot more shots at goal. The Redlands goal keeper was very good and saved everything.

We only conceded 2 goals in the second half so the final score was 7-0 to Redlands.

We are now officially collecting Lucozade sport kit out codes so we can aim to buy new kits for our amazing football teams.

Click on the link belowe to enter your code 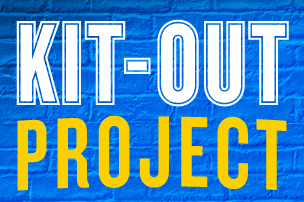 Girls played first home game of the season tonight and got off to a flying start . They passed the ball around and played well as a team.

The Prospect Team had a few chances early on in the second half but just couldn't manage to score.

Chelsea Bailey and Maisie Wallis controlled the game from midfield and passed the ball well.

The girls scored 6 more goals in the second half Chelsea Bailey 2. Chelsea Eden 1 and Maisie Wallis 3

Man of the match was Amelia Cooper

Girls played their first game after the mid season break tonight. All Girls who attend training managed to get a game against an equally matched Haggonfields team. The final score was 1-0 to Sparken Hill and player of the match was awarded to Jessica Glover.