We played our semi final match against Prospect and it was well contested. It ended up going to penalty shoot out which we won after a great save from Clara. Next up was the final against Norbridge. They were to good for us and we lost 2-0. Very proud of our Girls who played as a team and never gave up. Runners up for 2018.

Today we played the next round of out league matches V Harworth and Redlands in a round robin style competition. First up was Sparken Hill V Harworth , this was a really good game and we played the best we have this season. Unfortunately we just couldn’t score and then they had two really good shots and scored with both of them. Final score was 2-0 to Harworth.

Then Harworth played against Redlands, again a really good match and the final score was 1-1.

Final game was Sparkenhill V Redlands, another brilliant game, our girls were playing incredibly well as a team and took a well deserved lead with a great goal from Cassidy Crooks. After yesterday’s match we were a bit nervous but Crystal came up with a great goal after Miley had her shot saved by the keeper it rebounded to Crystal and she slotted in the net. The final score was 2-0 to us. Our first win of the season.

Well done Girls, super proud of you all. 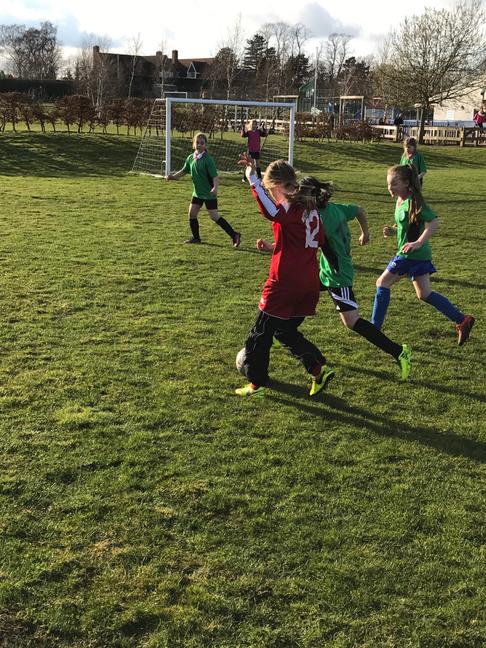 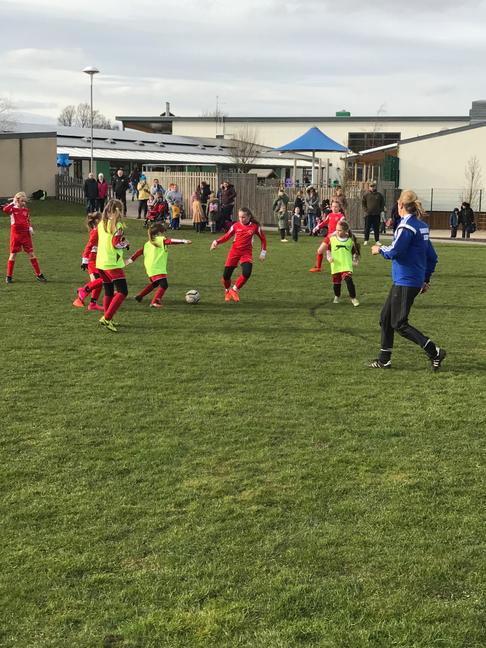 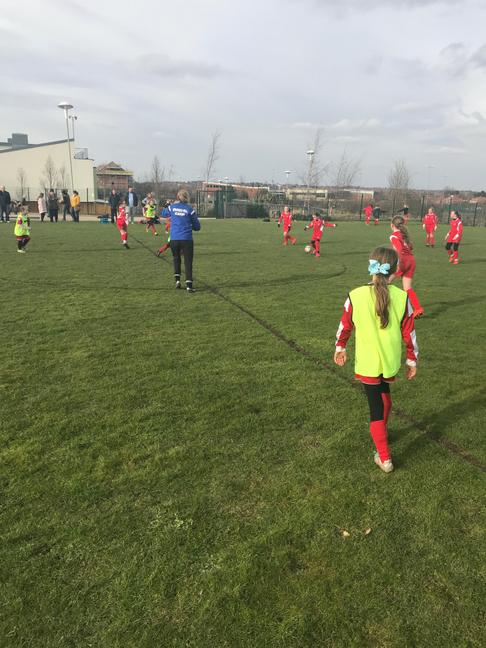 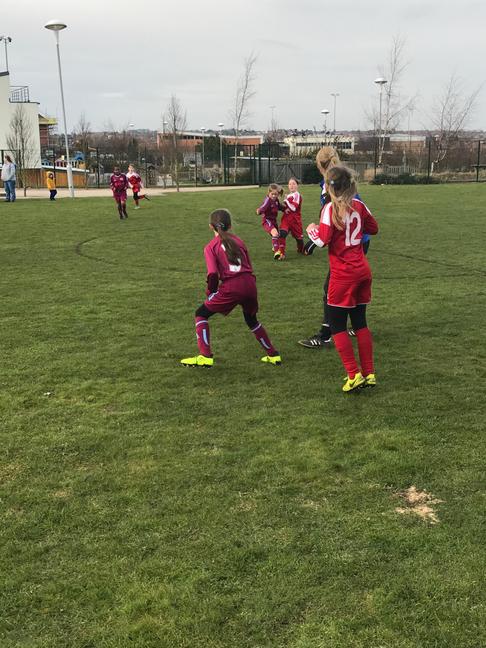 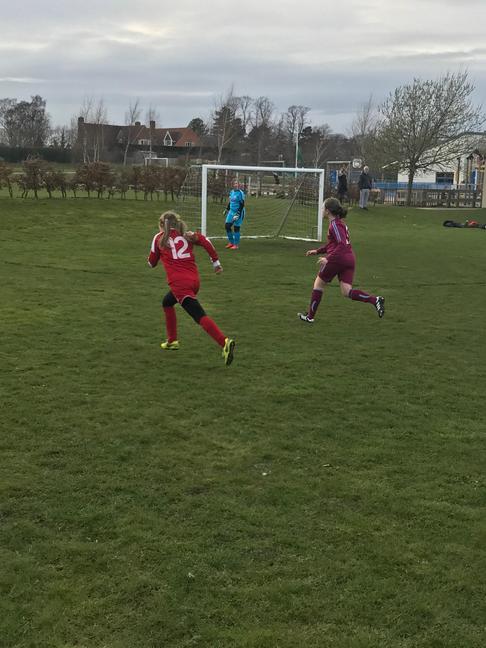 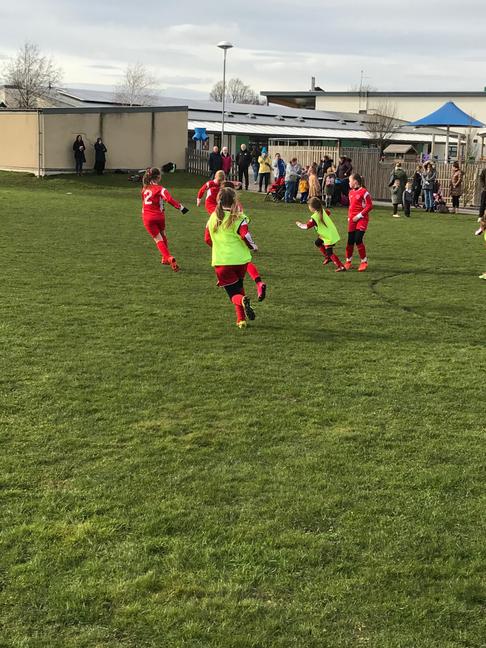 This was a chance for all the girls that regularly come to training to p,as in a match. It was very evenly matched and at halftime the score was 0-0

The second half and the girls seemed to click. Lots of passing and and some great goal scoring opportunities from Clara and Miley. However it was Crystal that broke the deadlock with two great strikes. Within 5 minutes we were 2-0 up.

Gateford soon got a goal back after a good run through by one of their players. Then they equalised in the last minute after a deflection rebounded in to the goal giving Bella no chance to save it.

Today January 24th 2018 we played in the next round of the Bassetlaw league. This time we were put with Norbridge and Gateford Park. We hosted the matches here at Sparkenhill.

First match was between Sparkenhill and Gateford. A close game which ended up being 2-1 to us.

Crystal Hubbard scoring both goals and another superb team performance.

Next match was Norbridge versus Gateford Park. Norbridge were too strong and won the game 8-0.

The final game was Sparkenhill Versys Norbridge, again they were too strong for us with exceptional performance from their star player Emily. Final score was 5-0 to Norbridge. 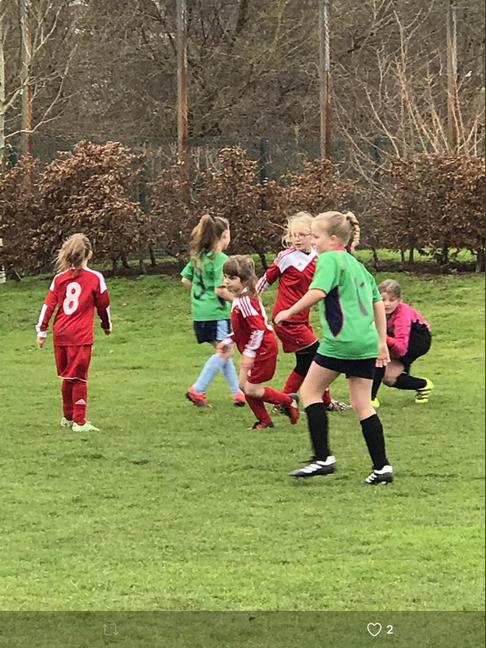 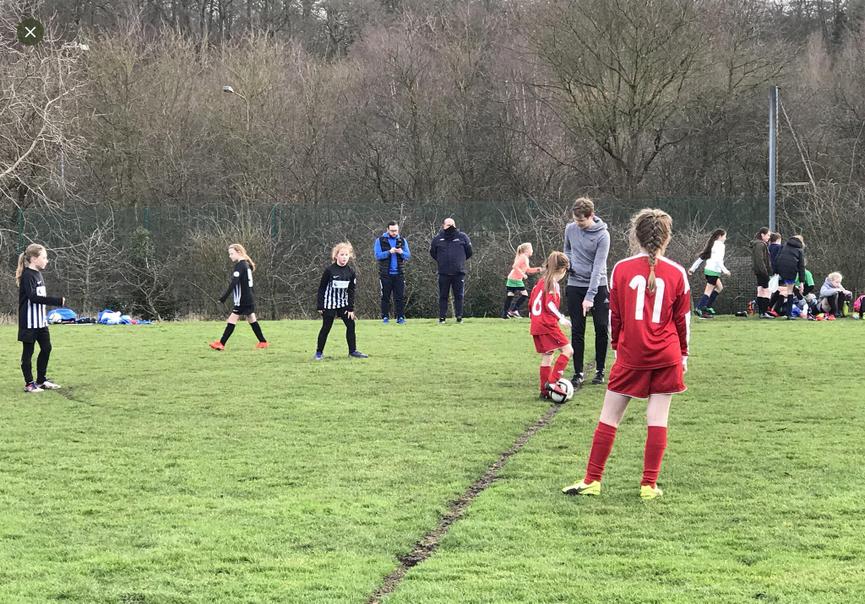 This year we are in a league with Redlands and Gateford park, we all have to play each other once before November.

Then the team at the top will be put into another group of 3 who are also top of their groups. The same with 2 nd place and 3rd place.

Today October 10 th we played our two matches. First of all we played Gateford Park, a really good game, most of the action was in their half. We just couldn't score, lots of opportunities but their goal keeper was very good and saved all the shots.

Next we played Redlands, this was more evenly matched. Martyna in our goal made some great saves and at the other end Crystal, Amie, Miley and Lacey went really lose to scoring. The final score was 0-0, this means in our group Redlands have  5 points , we have 4 points and Gateford have 2 points.

Well done to all the girls that played today, you were amazing. 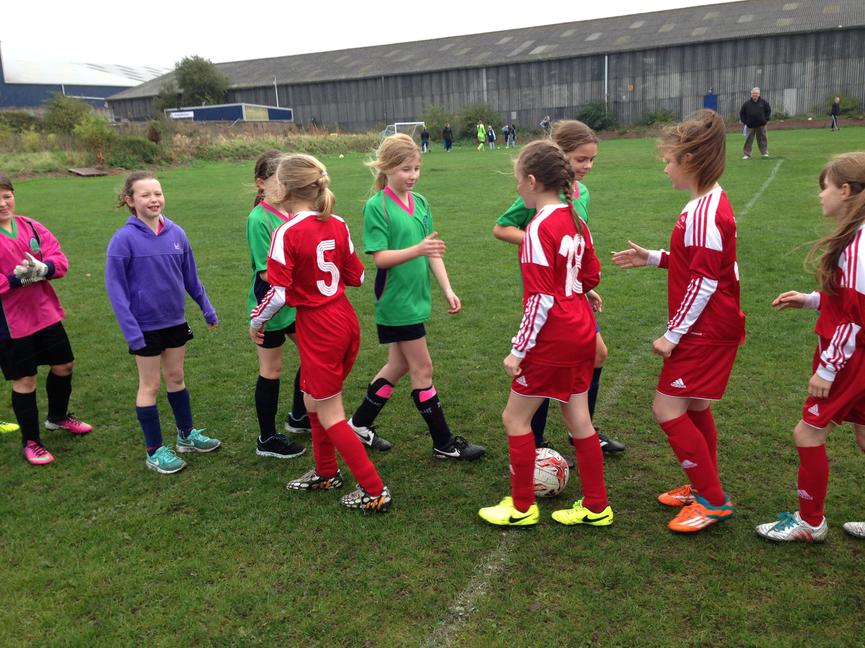 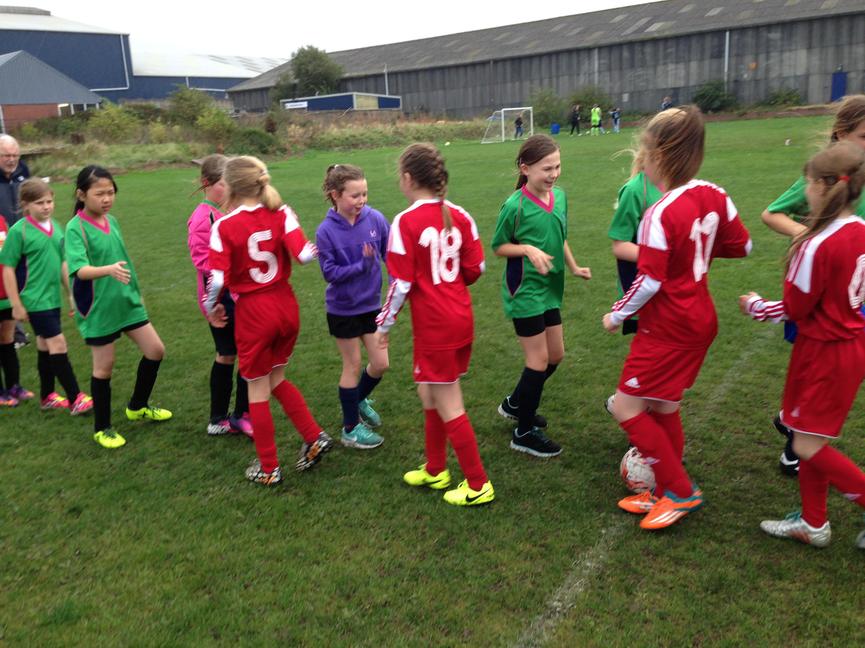 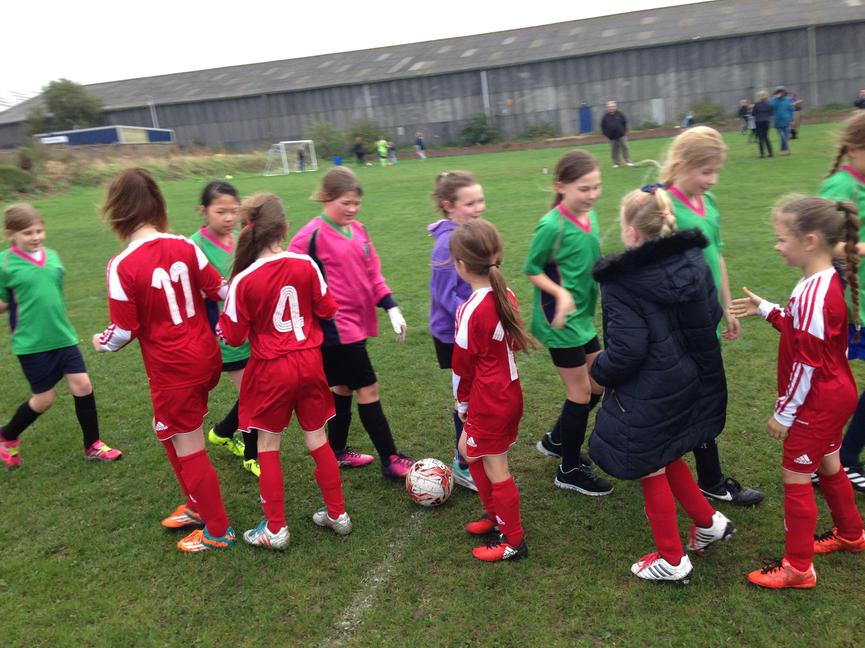 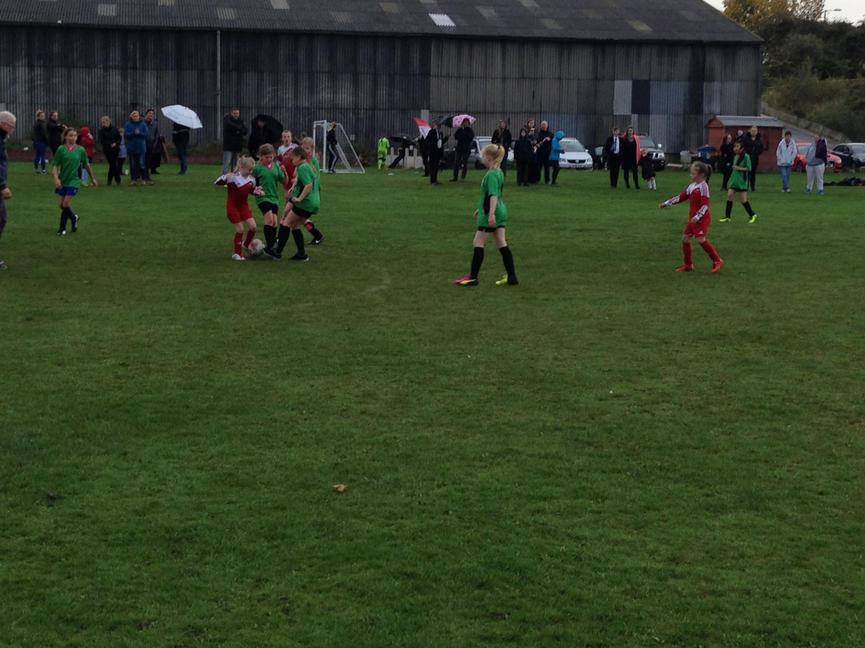 On Friday 10 th November we arranged a friendly match with Holy Family school. More girls got a chance to represent school and they all really enjoyed the experience. Well done to both teams on a really well  contested match. The final score was 2-2 and reflected the game. 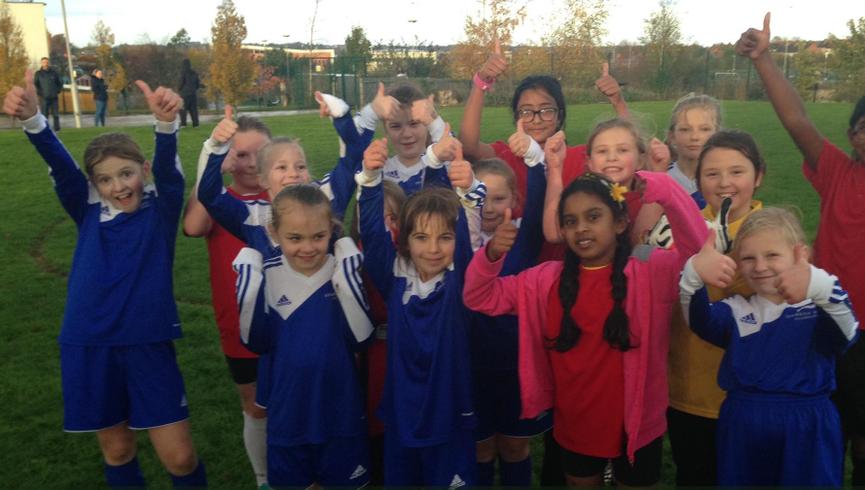 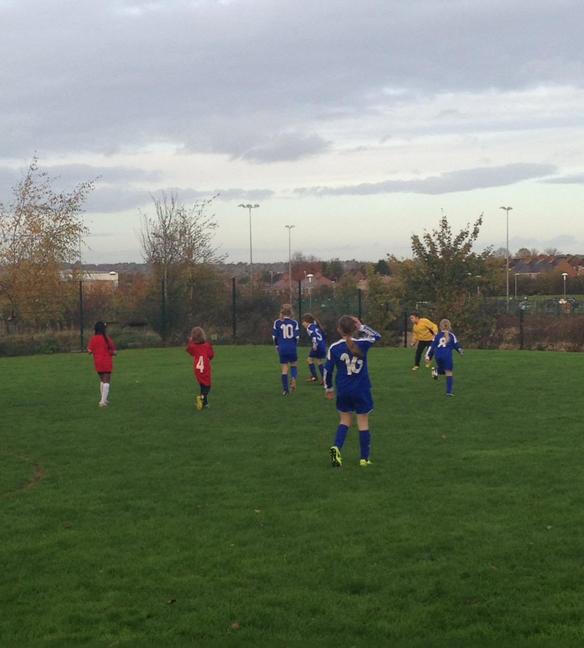 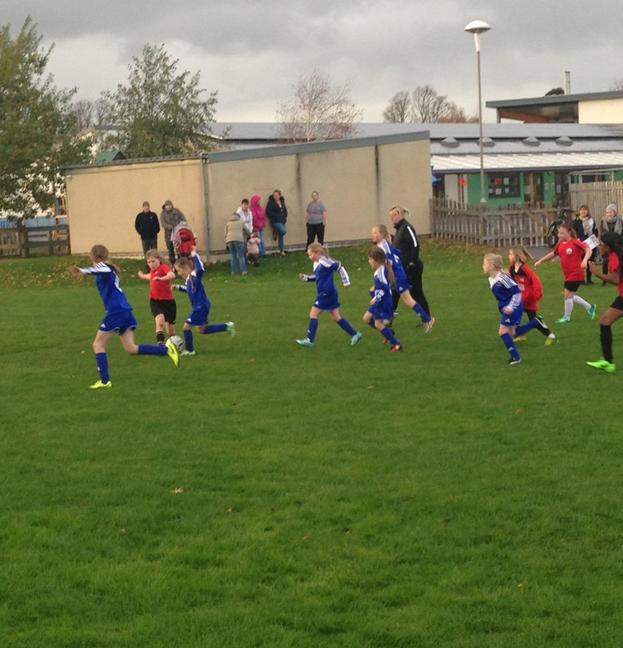 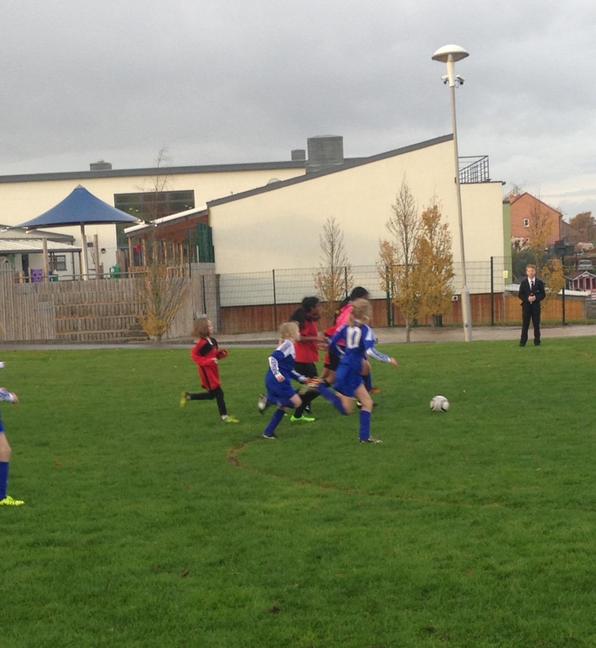 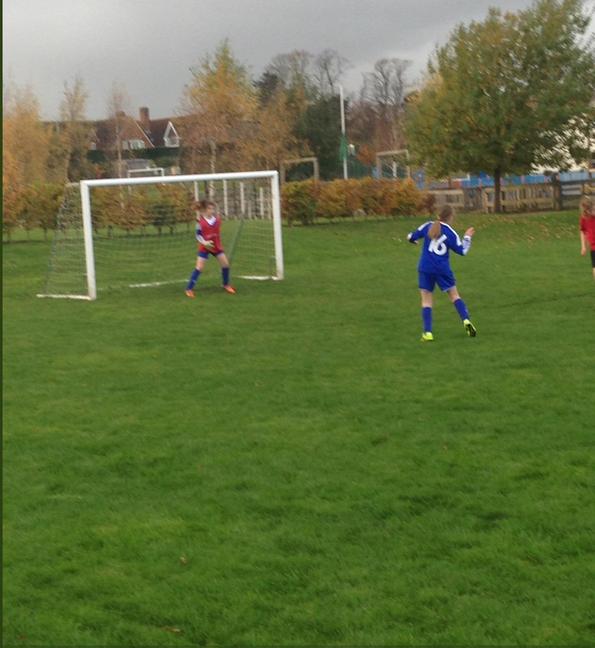 Today we played a friendly match against Clarborough school here at Sparkenhill. This was an ideal opportunity for the girls who haven't played yet to have an opportunity to represent school. We had 12 girls who wanted to play and they were full of energy and raring to go.

Clarborough were just a lot bigger and had a bit more experience and although we lost the girls all showed true resilience.