We hosted the Bassetlaw schools tag rugby competition for 2016 at our school today Monday 14th November. Eight other schools came and we were split into two different leagues.

In our league we had Bracken Lane, Holy Family and Sutton on Trent.

In the other league the schools were Priory, Norbridge, Carr Hill, Clarborough and Ranby.

The teams all played each other and were awarded 3 points for a win, 2 points for a draw and 1 point if they lost.

We won two matches and lost one and ended up being 2nd in our league. We then had to play a semi-final against the winners of the other group Priory School. It was a really good game and the final score was 2-1 to Priory school. In the other semi-final Bracken Lane played against Norbridge and they won 3-2.

So the final game to see who would represent Bassetlaw in the Winter school games was between Bracken Lane and Priory. It was a really good game and was won by Priory 4-3. Congratulations to Priory and to all the schools who took part it was a brilliant sporting afternoon.

On Wednesday 9 th November we took 4 teams to play in an archery competition against St Anne's C of E Primary School.

Each team took it in turn and each player in the team had to shoot 3 arrows. Once every team had a go the whole process happened again. There were 6 rounds altogether and then the scores for each team were added up.

The results for our teams were

Our pupils from years 5 and 6 were invited to take part in this one off event at Sherwood pines.

The idea of the event was to introduce and encourage children to keep fit and to have fun while they are doing this. The course was 2 km long and each school set off at a different time to avoid congestion along the route. Our pupils had an amazing time and they all completed the course.

Our year 5 and 6 pupils took part in the local schools indoor athletics competition last week. The team consisted of 6 Boys and 6 Girks each of them doing 3 field events and 3 relay races. 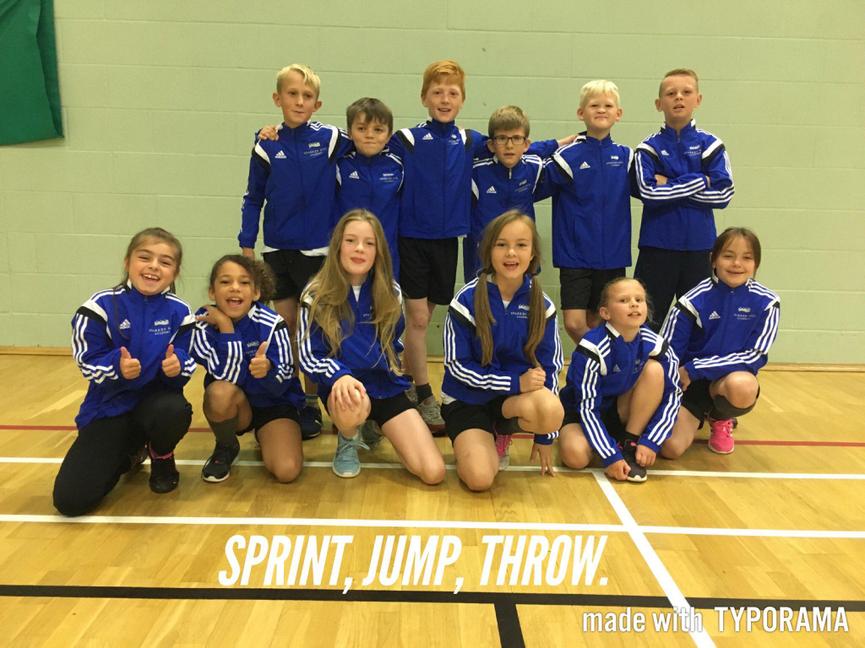 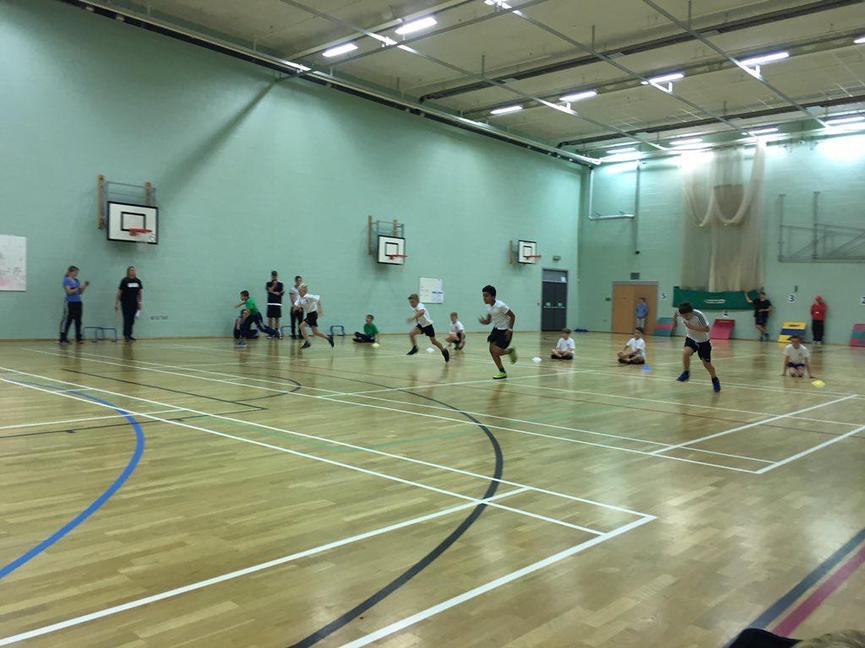 This year 16 schools from the Bassetlaw area took part in this competition.

Each school had to choose 6 Boys s and 6 Girls in their team.

The Girls race was first and 96 all set off together, it was a 1500 m run around the grounds of Ranby House Prep School. Our top 4 Girls came 15 th 16th 26th and 31st position. Then the Boys raced and our top 4 boys came in 24 th 31st 32nd and 35 th position. The two lots of results are then added together to give an overall team score.

We came in 7 th place out of the 16 schools that took part.

Well done to all our runners on a superb effort.

This year we qualified to represent Bassetlaw in two events. The first was year 5/6 Tri golf and the second was year 5/6 Pop Lacrosse.

The golf team had to take part in 10 different activities and try to score as many points as they could. They did amazingly well and won silver medals coming 2nd out of the 578 schools that entered the competition in the whole of Nottinghamshire. They represented both Bassetlaw and our school with passion, pride, teamwork, honesty and belief. This was recognised by the School games organisers and the team also won The Spirit Of the Games Trophy.

Our Pop Lacrosse Team also had a fantastic day representing Bassetlaw and our School. They played 5 matches against the best teams from Broxtowe, Ashfield, Gedling, Nottingham City and Rushcliffe. These were all won comfortably and a total of 36 goals were scored by our talented team. We then had to play Gunthorpe Primary in the semi final which was a very tense game ending 4-4. Extra time had to played and unfortunately we lost the game 6-4. That meant that we had to play  one last match to see who would get the Bronze medals for 3 rd place. We played Arnold Hill School and beat them 12-1 to secure 3 rd place. Again a massive achievement which means that our school is the third best in the County at Pop Lacrosse.

on Sunday 26 th June our pop lacrosse team went to the institute of sport in Sheffield as one of the 24 schools across England, Scotland and Wales that had qualified to take part in the National Pop Lacrosse finals 2016.

The schools were divided into four groups then everyone within each group played each other. The schools in our group were  St Hugh's, Hale Prep, St Charles Borromeo, St John's on the Hill and St Eanswyth's.

We came 4 th in our group after winning 1 drawing 1 and losing 3 in total we scored 23 goals and conceded 26.

We then played our quarter final match against Gawsworth Primary School in Cheshire, it was an amazing game that ended up with Gawsworth winning 6-5 and going through to the semi finals.

Everyone played extremely well and showed true sportsmanship, passion and teamwork throughout the tournament.

Well done Team Sparken, we are so proud of you all.

our pupils from years 3 and 4 took part in the Bassetlaw Quad Kids event on Thursday 23rd June.

We entered 3 teams red, blue and green and each team consisted of 4 Boys and 4 Girls.

Then each member of the team had to complete 2 track events and 2 field events.

The festival ended with a whole team relay. Our Green team finished in 8 th place, the blue team in 7 th and the red team came joint 2 nd with our neighbours Worksop Priory.

We took 3 teams to this event, each team consisting of two boys and two girls. There were 6 schools in total but 13 teams, this was because most schools entered more than one team.

This was the first time that many of our players had represented school and played competitively. Each player in the team is given a number Boy 1 Boy 2 Girl 1 Girl 2  and they then have to play the opposition player with the same  number.

Everyone really enjoyed the experience and we even managed to win some of our games. As a school we came 3 rd place in our group losing out to Tuxford and Ranby. Below are some action shots from the tournament and a Team photo.

We took 30 pupils from years 4 and 5 to this event at Nottingham Tennis Centre. They took part in a variety of tennis based activities which were all exciting and fun. They also had the opportunity to watch some professional tennis players on centre court and were quite surprised at the speed of the serve and the intensity of the game. Everyone had a great day and are now looking forward to practising what they have learnt.

Our years 5/6 took part in this annual competition today at Worksop College Prep School. We entered 7 teams with two people in each team.

each pair were given a map and then had 20 minutes to see how many markers  on the map they could get to in the allocated time. Each marker on the map was worth 10 points. However if they took longer than 20 minutes they were deducted 5 points for every minute that they were late. Only two of our pairs managed to get to all 20 markers in the allocated time. Everyone else managed to get to 18 or 19 of them. Altogether 89 teams entered the competition from 15 different local schools. Everton Primary won the whole thing with 595 points and we came in 2 nd place with 590 points .

Today our year 5/6 team took part in the Regional finals of pop lacrosse at the Lee Westwood sports centre which is part of Nottingham Trent University.

We played 5 matches altogether and managed to win four and draw one.

Today we took part in this competition at Kilton Hill golf club. There were 11 teams altogether and each team had to play 10 different types of games. These included putting and chipping skills. We had a great time and amazingly we came first place. We now go through to represent Bassetlaw in the School Games Finals in July at Nottingham University.

Our year 5/6 pupils took part in the School games pop lacrosse tournament at The Elizabethan School in Retford today. The winners of the tournament would go through to the Nottingham School games to represent Bassetlaw later in the year. We had practised a lot for this event and it paid off, we ended up winning the whole tournament but only after a fantastic game with our local neighbours Priory School. It was end to end and at one point Priory were winning 4-2 but we didn't give up and bounced back to win the game 5-4 .  Well done to all of the pupils who took part and represented our School. 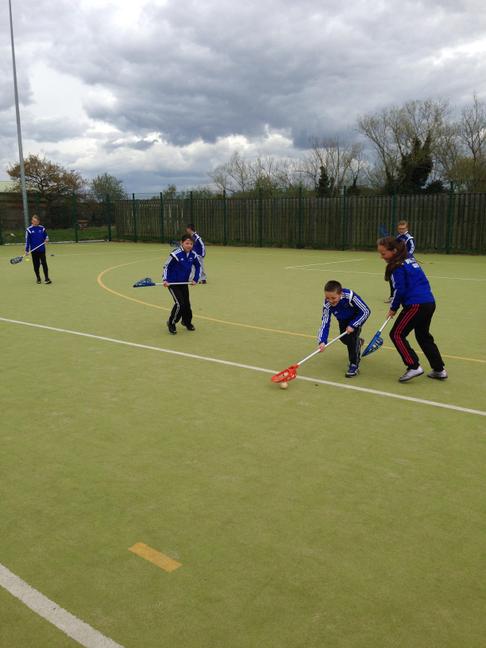 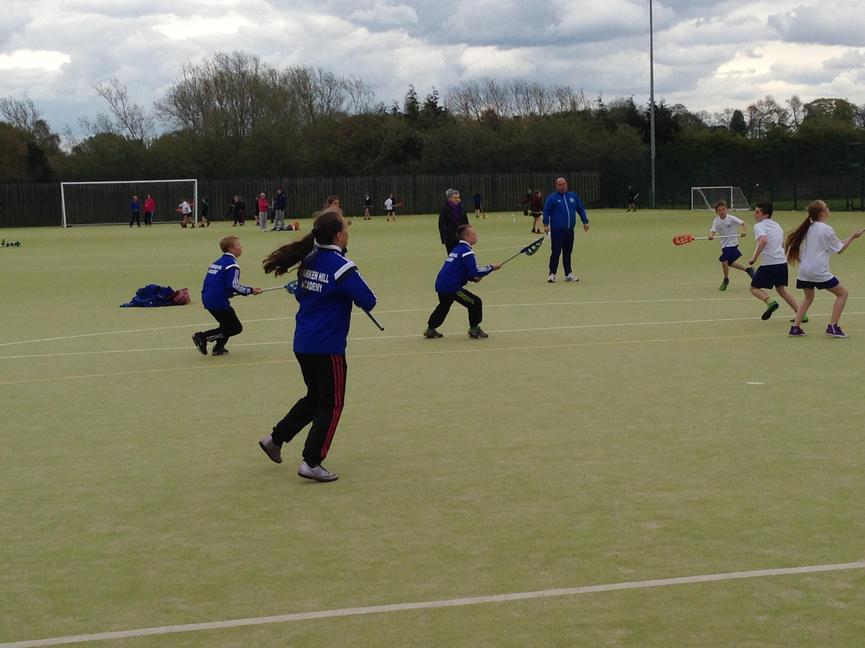 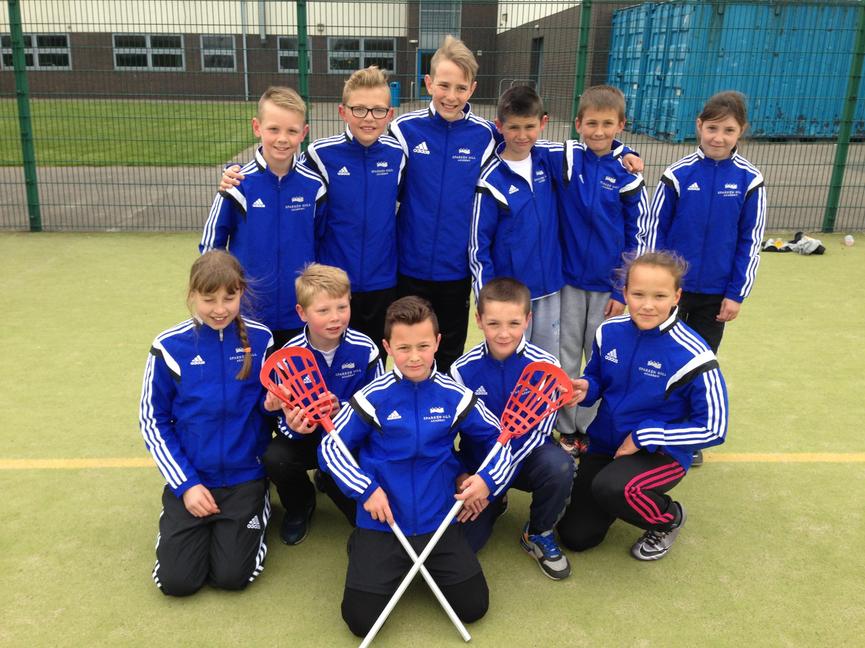 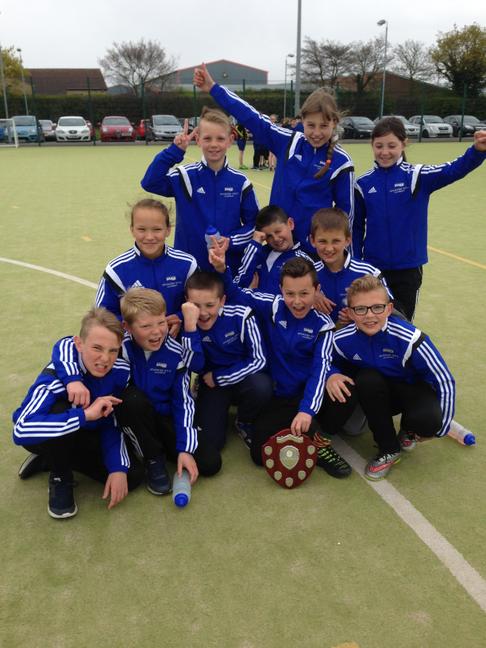 we entered two teams and both played 5 matches. Points were awarded as follows 3- win 2- draw 1- lose  both teams played well and have qualified for the next round of the competition which takes place on 17 th March. This will decide which school goes to the Nottingham school games to represent Bassetlaw.

They played extremely well and everyone had a great time. The tournament was split into two groups and both first and second place in each group go through to the next round of the competition.

Our team came 2nd in their group so now go through to the next round in June. Congratulations to all who took part. 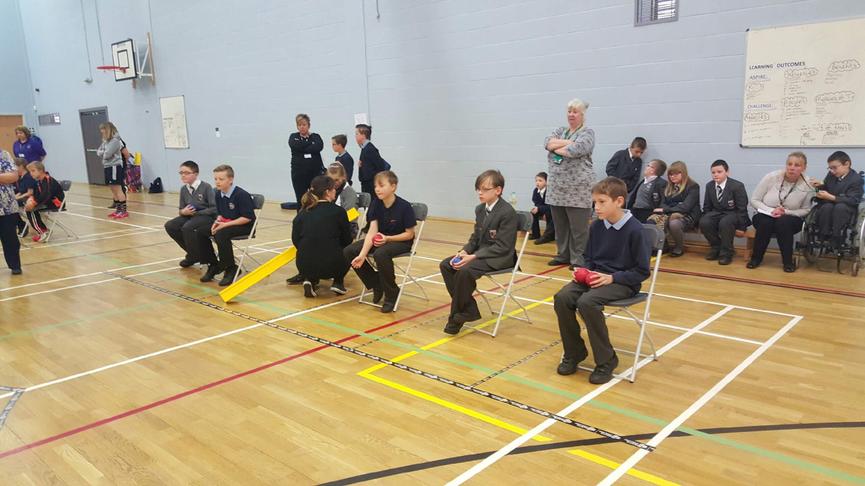 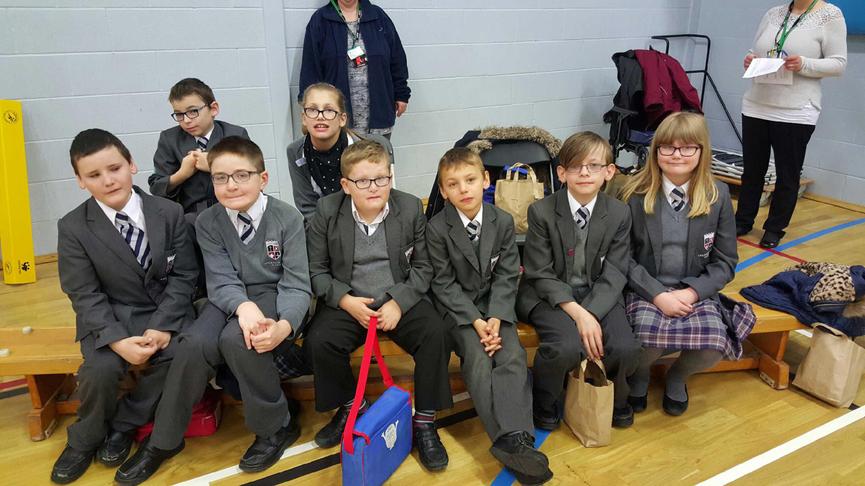 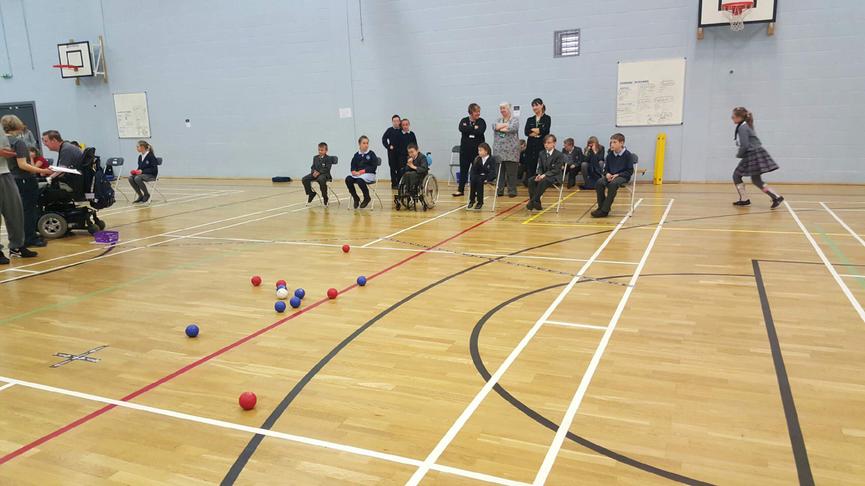 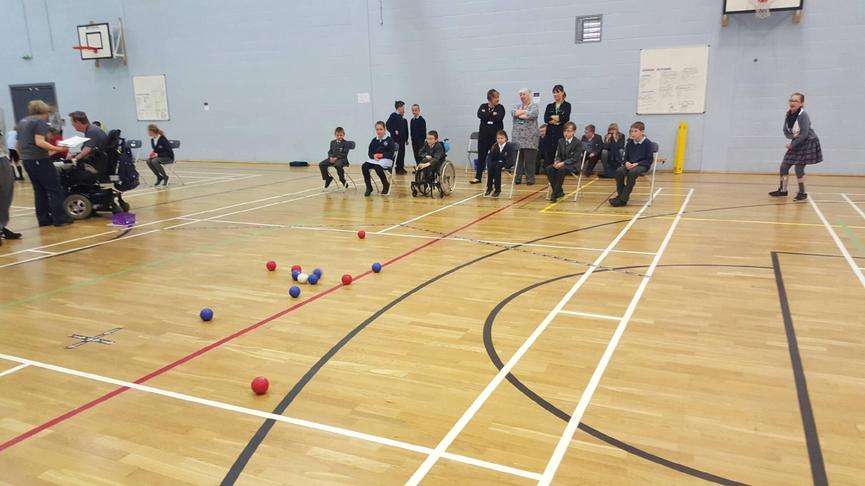